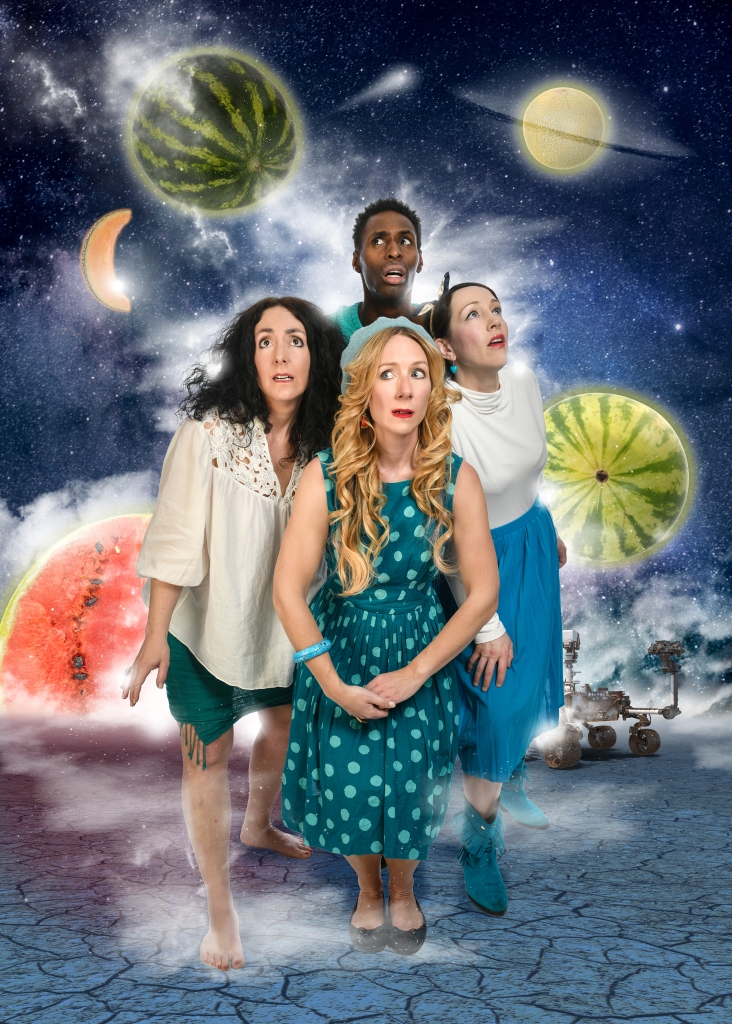 Welcome to our Neurodiverse Universe

Between us, the melonheads have more three letter words to describe our melons than you’ve had anti-depressants. Together we are an ADHD-er. An ASD-er. A PMDD-er. So we have an unusual take on the world, which we hope is sometimes funny. As we’re writing this, the word ‘neurodiverse’ still gets underlined in red. We think that’s crazy. That’s why we make comedy about what it’s like to live with these brain-types (as well as a whole load of other topics!). Hopefully one day ‘neurodivergent’ won’t be such a novelty, and people who think differently will feel more understood.

Our comedy likes to kick the ass of things that are melancholy in modern life….misogyny, pollution, mental illness, and the horrors of modern dating. We reckon Comedy is a beautiful platform for helping people feel less alone…

Oh dear. This all sounds a bit worthy! Shouldn’t comedy be funny?

We also have skits about very silly things. Like an olfactory test centre. A tupperware fetish. And a Goblin that tangles up your iPhone cable when your back’s turned. Yeah, he’s real alright. We’re onto him.

Here’s a 50 sec trailer for our 25″ new comedy show about the hilarity & horror of ADHD:

All the animations you see are made by the amazing animator Steve Cutts, who has been described as a ‘Melancholy Gilliam’.

Our sketches are surreal and silly, and look for laughs in some of life’s oddest, darkest corners – from modern love to pollution to mental illness. We’re also the sketchy little sister to @LemonComedy, a global celebration of diversity in stand-up. Our followings in London and Melbourne are growing via our social media – Youtube, Fb and insta) and our films have had hundreds of thousands of views. We’ve screened at comedy clubs in London and Melbourne, been selected to appear at Angel Comedy’s Chorts Fest, London Comedy Writers, and something we’re super proud of: Our first no-budget, self-produced pilot BATSHIT was nominated for best un-commissioned pilot at the Edinburgh TV Festival 2020’s New Voice Awards.

​Made on a shoestring across both hemispheres, ‘BATSHIT’ skewers modern love, the climate crisis and mental illness with a mix of live action and animation… with a tone that’s been compared to Smack the Pony, Cardinal Burns and Armando Iannucci’s Time Trumpet. BATSHIT is still looking for the perfect broadcast home, but has been licensed to Comedy Sauce and the Comedy Crowd. Melon is the sketchy little sister to live night championing marginalised voices, Lemon Comedy

Thanks for watching! Love the Melonheads

“Neurodivergent at its best. 🙂 Dying here… LOL”, The IQ Marketer

“😆 Funny AF! I just fell down a rabbit hole of watching their videos. Excellent creators!” The ADHD Gift

“A lovely sketch about the Pythons trying to sell their show to the BBC and receiving a response many female comedians will recognise …” Dick Fiddy, BFI

‘The New Face of Comedy’ ABC

Watch our latest web series Life in ADHD. Here’s one of the sketches from it…